Today I am interviewing a couple who has been RVing and Workamping for five years. Best of all, they support themselves by working only three and a half months a year.

Steve and Laura Mahoney are from New Hampshire, where he worked as a mechanic on heavy equipment. Together, they have been traveling in a 2000 Newmar Dutch Star motorhome, which they affectionately named Waldo.

Their first Workamping job was at an RV park in Texas, but they also worked in Alaska managing some chalets where they had to run a young black bear off the property because he kept getting into the trash. They also sell Christmas trees in Florida where they work as managers overseeing five lots and the corresponding teams of people staffing them.

Not only do the Mahoneys sell Christmas trees, but after a brief holiday break, they sell fireworks from roadside stands in Florida for New Years and the Independence Day holidays.

Selling trees and fireworks really fits their lifestyle because it requires short-term commitments of a few weeks, rather than an entire season. Steve also performs consulting work for a lithium-ion battery company completing solar installs on RVs. Between the three jobs, the Mahoneys estimate they are working only 3.5 months a year and spend the rest of the time traveling.

They jumped into the RV lifestyle after a series of unexpected deaths in their families which caused them to re-evaluate their own priorities. Steve and Laura determined that life was, indeed, way too short with too many unexpected twists and turns that can bring an end to dreams of adventure.

Plus, too many of their friends are approaching retirement age and already face health issues that severely restrict their ability to travel. So, the Mahoneys committed to doing the things they wanted to do now, while they were still healthy enough to enjoy them.

Of all the things the couple have been able to do in the five years they have been RVing, it’s the ability to make friends all over the country that they like the best. The friends might be people they’ve met along the way, or worked with at a Workamping job. Their paths will cross occasionally, which allows them to pick up the friendship or they’ll even go out of their way to connect with them again in person.

Steve and Laura have enjoyed some memorable adventures during their travels, like dog sledding on a glacier in Alaska, whitewater rafting and even sightseeing by helicopter.

Their work plan really gives them a lot of flexibility to enjoy those activities. The workload is pretty intense from just before Thanksgiving until after January 1, but then they generally don’t have any work commitments until late June through Independence Day. Then the Mahoneys are on their own until the middle of November. That affords them a lot of time to visit places they’ve dreamed about seeing without rushing off to another a commitment.

They have found most of their jobs by scanning ads in Workamper News, but they also landed a few positions by word-of-mouth or they were recommended for positions by other Workampers they’ve met along the way. Knowing that most employers automatically ask for references from Workampers, Laura said they have learned to ask for references from employers about working for them as well.

I really wish Steve and Laura Mahoney the best of luck as they continue crisscrossing the continent in search of memory-making opportunities and new friends.

That’s all I have for this week’s show. I just learned today that the Workamper Show podcast is now available on Amazon music and through Audible. So, if you like what we’re doing here every week and you think others might enjoy it as well, please consider leaving a review.

Next week, I’ll be interviewing the founder of Solo Women RV about how gals of all ages can truly enjoy a life of adventure and travel. I’ll have that interview on the next episode of The Workamper Show. Thanks for listening! 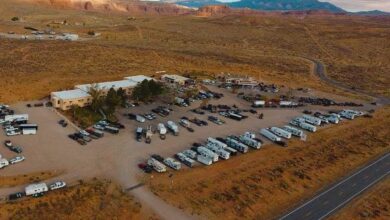 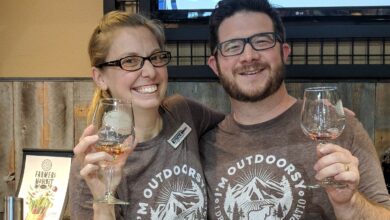 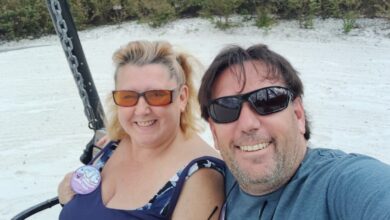 In Episode 081, Bryan Carbonnell explains how he makes money fixing and inspecting RVs while traveling 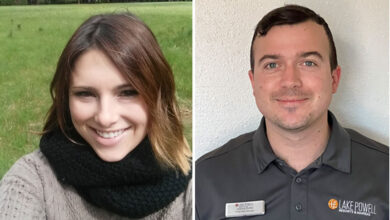