Today, I am interviewing an expert on dealing with difficult people. It’s a topic that all of us have to contend with at some point, be it at work, in family situations or even social settings.

Dr. Jeff Riggenbach is a certified behavioral consultant from Oklahoma who has some keen insight into personality traits. He is the author of a book titled “Disarming High-Conflict Personalities: Dealing with the Eight Most Difficult People in Your Life Before They Burn You Out.”

Working with difficult people has been the focus of his career for roughly seven years. He coaches employers on how to better manage the plethora of personalities in their organizations, and he coaches individuals who may need to contend with a particularly challenging situation. Jeff is also a DODO, or Dad of Daughters Only, to twin 11-year-olds.

Jeff identified five characteristics of high-conflict personalities. First, they are easily triggered and just seem to go off for what we may consider silly reasons. Second, Jeff said difficult often people feel things more intensely than others. Third, they have extreme thinking about certain things. For example, perfectionism is an extreme behavior because whatever these folks do must be perfect or they don’t think it is worth doing at all.

Fourth, Jeff said difficult people exhibit inflexible or impulsive behavior in that they feel they can only do things a certain way. That’s a good trait if you’re a brain surgeon, but a problem in some other work environments. Another way to describe these people is they have no filter. They’ll sometimes act up or say awkward things at inappropriate times.

Lastly, high-conflict people just don’t get it. They lack awareness and rarely see themselves as the problem. Instead, they point fingers at other people.

I have encountered all those types of folks since I landed my first job as a 16-year-old. However, after listening to Jeff, I also identified myself in several of the eight types of high-conflict people who can contribute to a problem in a work environment.

I guess the better way to look at high-conflict personalities is that we all contribute at least one of those traits in nearly every environment we’re in. At some point, each of us can be a bully, con artist, drama mamma, victim, landmine, a ‘yes’ man, over-analyzer or skeptic.

The key is to be aware of all of those personalities and how they play out in any environment, whether it is at home, school, church, a club or social setting and, especially, at work. Just being aware of those types of personalities can help us identify when we are becoming a difficult person and also to help us disarm a high-conflict personality.

Like Jeff said, communication is often the key. By simply talking one-on-one to someone we are having problems being around, we discover that we more often than not have common ground with that person and can develop an effective working relationship. We may never be friends with the other person, but we can be respectful of each other.

In a short-term work situation, like most Workamping jobs, Jeff said the easiest way to ensure an enjoyable work experience is to just learn the triggers of a difficult person you’re dealing with and avoid whatever triggers him or her. Jeff predicted that 90 percent of all workplace turmoil can be avoided by simply learning what buttons seem to trigger people and then working to avoid pushing those buttons.

For example, if political discussions push people over the edge and ignite their fury, then just avoid those conversations entirely. Like Jeff explained, if you’re only going to be working with somebody six weeks to three months, then your life is going to be drastically different in the not-so-distant-future. So, just do what you can to defuse the situation and move forward without escalating it.

I encourage people to read or listen to Jeff’s book, “Disarming High-Conflict Personalities: Dealing with the Eight Most Difficult People in Your Life Before They Burn You Out.” It is available at Amazon. He also developed a free webinar which explores working with difficult people in greater detail. You can find it by visiting www.jeffriggenbach.com/pl/2147583681. To connect with Jeff or to hire him as a coach, visit www.jeffriggenbach.com.

That’s all I have for this week’s show. If you’d like to share your Workamping experiences with others, I’d welcome the opportunity to interview you for an upcoming episode. Just send me an email at podcast@workamper.com and we’ll set up an interview. It’s crazy to realize there are less than five weeks remaining in 2022. So, make it memorable and make it count. Thanks for listening. 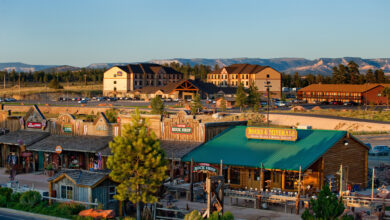 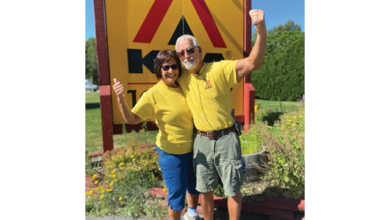 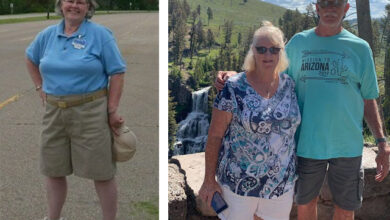