Today I am going to speak with a couple who I interviewed two years ago. They were the first Workampers I ever interviewed for this podcast and we’re going to elaborate on that brief conversation recorded at the Workamper Rendezvous in October 2019.

Since our last conversation, Mike and Betty Gill have sold their sticks-and-bricks home and hit the road as full-time RVers along with Mike’s youngest son. They have been sidelined this summer due to some family issues that require them to hang around Louisiana.

However, they plan to be back at Dollywood amusement park in Pigeon Forge, Tenn., later this year or in 2022. They worked for the entertainment complex last year even though it was shut down by painting every picnic table and landscaping the campground.

Even though all the shows were shut down because of COVID, the Gills stayed active by hiking and biking. In fact, they have put 1,200 miles on their electric bikes.

The Gills actually started RVing in 2015 a few months after attending their first Workamper Rendezvous gathering. Prior to that, they intended to retire from the corporate world, stay home, plant a garden and raise chickens. Then, at the urging of another RVer, they attended the Rendezvous and their eyes were opened to a whole new way to retire.

They did not want to retire and just do nothing all day. RVing keeps them active not only by hiking and biking, but by working at various jobs around the country.

The Gills talk about an exciting east coast camping excursion they enjoyed where Mike and Betty visited 20 states in 30 days. They are super spontaneous folks who sometimes decide to move to a new location in the morning and they’re on the road by noon.

They have visited all but three states and hope to make it to North Dakota, South Dakota and Minnesota in 2022.

The Gills operate several businesses from their motorhome doing inspections for people considering buying a new or used RV. Mike has also taken classes to learn how to diagnose and fix problems with their RV and he’s come to the aid of others staying at the campgrounds from time to time. But, their new venture really has them excited and that involves doing RV detailing, which goes far beyond just washing the RV. Somedays, they will do three or four jobs every day.

As a result of all this business activity, the Gills have greatly reduced their tax bill from thousands of dollars to a few hundred a year by taking advantage of several big deductions.

Betty talks about one of her favorite apps for travel that took them to places they may not have seen if the app had not directed them to those points of interest.

I liked how they describe the ability to really explore an area when Workamping. Prior to jumping into the lifestyle, when they were weekend campers, they would visit three states in a day. But, by Workamping, they could truly explore everything within 300 miles from where they were staying.

Mike has saved money by doing his own routine maintenance. He learned how to do that by attending courses at the National RV Training Academy. He also likes the ability to work on his own RV to know for sure that service was done correctly.

He recalled a time when he was told by a manufacturer that it would cost $530 to replace a blower that had disintegrated in his motorhome, plus $200 for a service call. But, because Mike knew what really needed to be done, he found the exact part from a nearby supplier and fixed the problem for $17.

If anyone lives in the Texas area, Mike and Betty will be attending the Dallas RV Show and San Antonio RV Show later this year where they will be either speaking or staffing booths for the National RV Training Academy and Workamper News.

The Gills are great ambassadors for the RV lifestyle and engaging in Workamping to support that lifestyle. We have already talked to several other couples who give Mike and Betty full credit for helping them to get started.

Mike and Betty have found RVing to be an excellent way to keep active during retirement and to save money by Workamping and running a small business from their motorhome.

They have more than 2,000 Facebook followers now, most of whom they met while Workamping. Feel free to connect with Mike and Betty Gill on that platform.

That’s all I have for this week. Next time, I have a wonderful interview planned with the executive director of Escapees Care, a campground and medical facility that gives RVers a place to stay if they need to recover from illness, surgery or accident. That’s a problem for full-timers who don’t have a home to return to if they break a leg or require surgery. I’ll have more details on the next episode of The Workamper Show. 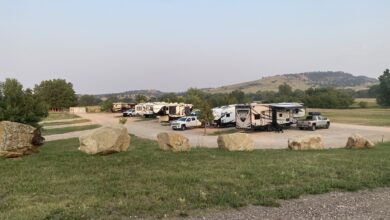 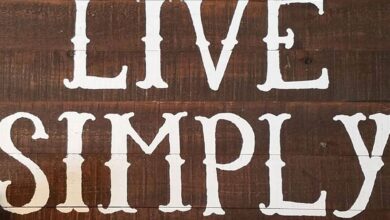 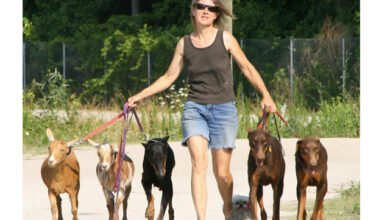 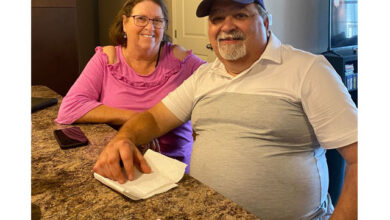