Today I am speaking with a woman who operates a business from her RV to help other people capture and preserve their photographs and memories in a way they can’t be lost.

Brenda Esdohr is the owner of PreseRVing Memory Lane. She and her husband started RVing fulltime earlier this year. It is something they have been planning for a while, and it was the process of downsizing that opened Brenda’s eyes to a new business idea.

She had boxes of photos, albums and videos they would not easily be able to take with them on the road. She didn’t want to leave them in storage because all it would take is one flood, tornado or extended period of high heat to destroy the memories forever. 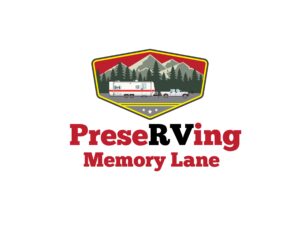 It’s important to maintain those memories not just for her enjoyment, but for generations of people who follow and may want to view things like their wedding pictures or a video someday.

Brenda discovered preserving memories was a common pain point among RVers. She developed a system that not only captures the image, but also allows people to explain more about a photo, such as who is in it, what they were doing and why the moment was significant.

Anyone who has had to contend with an estate knows how frustrating and overwhelming it can be to discover boxes of photos and not know anything about them, like who the people are or where they were taken.

It’s a problem that goes beyond boxes of old photos. What are people supposed to do with the thousands of digital images they have stored on their phones and computers that can disappear in an instant with a hard drive failure or an accidental click of a button?

The beauty of Brenda’s business is that, once captured, the images, videos and memories are retained in cloud storage forever. They can also be distributed to other friends and family members so multiple copies of important photos are preserved, such as great grandpa and grandma’s wedding photos.

It’s a different system from Google photos in that Brenda’s company doesn’t own the images, nor will it use artificial intelligence to scan the images for data-mining purposes just to display more advertisements or to sell people more stuff. The images belong to the customer.

The couple runs their business from a 37-foot fifth wheel. It technically had three bedrooms and two full baths which were ideally designed for a family to use. However, Brenda and her husband converted both bunkrooms into office space. That will make it easy to work while traveling to visit their 22 grandchildren.

Brenda lost her first husband in a drowning accident in 1991. So she and her current husband made a conscious decision to start full-time RVing in their late 40s on the outside chance they didn’t reach 50. Brenda realizes growing old is not a privilege everyone gets to enjoy. Waiting until the ideal time to start something, like RVing, is risky because life may intervene and thwart those plans.

That’s all for this week’s show. Next time, I will be speaking with a man who works with other RVers to help build homes around the country for Habitat For Humanity. You’ll learn all the details on the next episode of The Workamper Show. Thanks for listening! 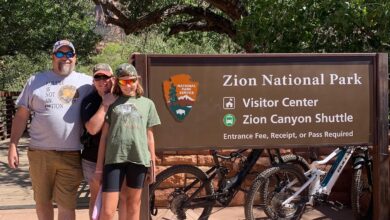 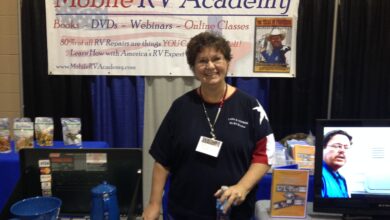 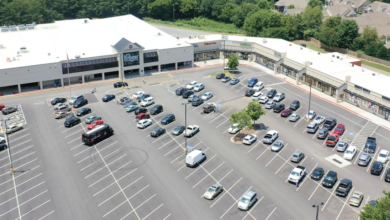 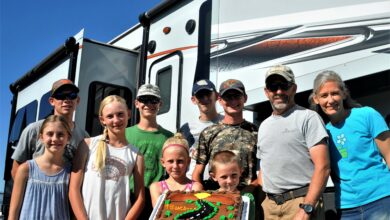